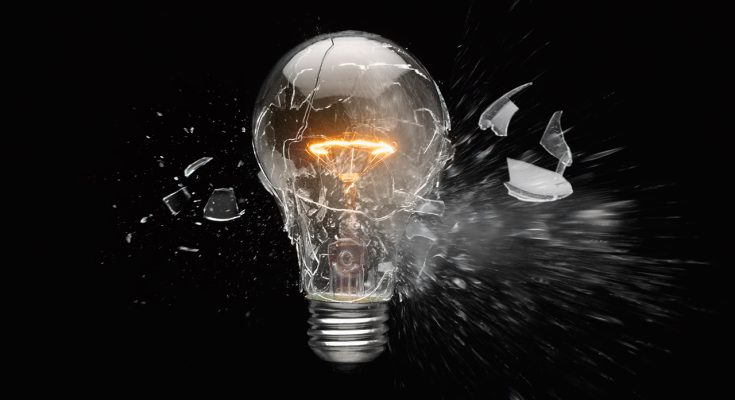 What is it really to disrupt, or what is a disruptive innovation? And to put it in the African context, what does ‘disruption’ mean for the continent and what are the opportunities to disrupt?

A dictionary definition of the term ‘disrupt‘ is:

Disruptive Innovation is NOT making a good product better

Clayton Christensen, the Harvard Business School professor who coined the term and came up with the theory of disruptive innovation describes this kind of innovation as that kind of innovation that transforms a product that was traditionally complex and expensive to being widely accessible and affordable. The easiest example of this is the PC revolution and how companies like Apple and Microsoft undercut the giants of the computing world by introducing these much lower cost, much simpler to use computers as opposed to the traditional mainframes that were way too expensive, even for many companies.

Disruptive Innovation is about New Markets

A truly disruptive innovation will be targeted at an entirely new market spectrum. Disruptive innovation is not about building better products for our best customers but really it’s about creating totally new products (or a new class of an existing product) for totally new customers. Using the PC revolution example, Apple and Microsoft literally created a market for the Personal Computer. An interesting concept here is that of “competing against non-consumption“, that is creating products that are not really competing against another product but competing to get non-consumers to start using that product. 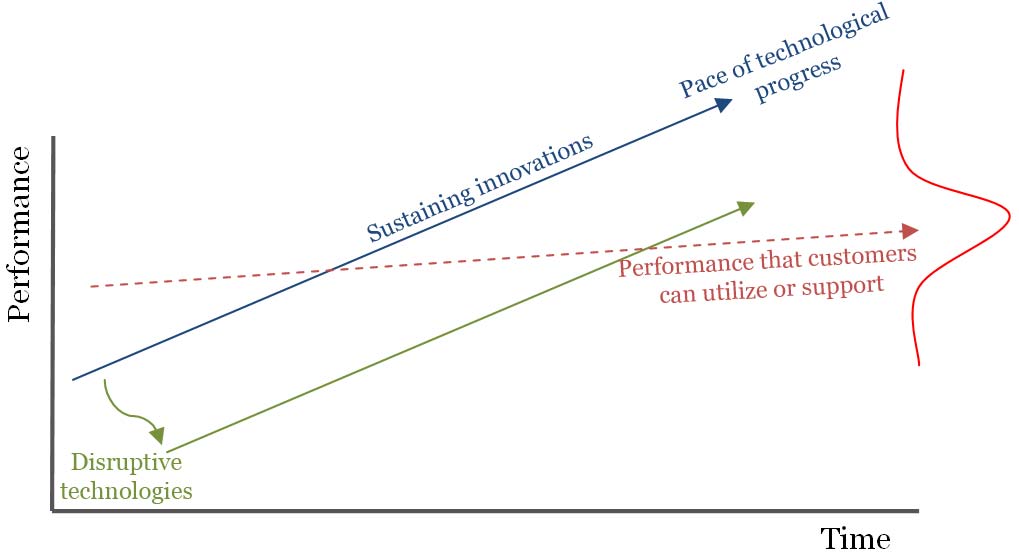 Given this idea of competing against non-consumption, it could be that Africa might be a great place for disruptive innovation. The gap between rich and poor is generally quite high, and the proportion of the lower income population is higher than the middle income populace.

This means that there are fewer people who are able to enjoy certain things in life simply because of the purchasing power they have. Often-times, the people in the lower income population would like to enjoy the same things as those in the middle class but cannot, and there you have a non-consuming market for which one can disrupt to take advantage of.

Framing this theory in the African context, what’s a great example of disruption in action? And what opportunities are there for entrepreneurs to create disruption?

MPESA was really a disruptive technology. Who was disrupted? – The banks, the traditional lending institutions. MPESA (and really mobile money in general) really represents this concept of competing against non-consumption. The core tenet of mobile money has come to be stated in the goal of reaching the “unbanked”. Basically, people who have no access to or no capacity to qualify for a traditional bank account – non-consumers.

The big question now is, who’s going to disrupt Safaricom in Kenya?

While their figures seem modest, they’ve overtaken even the second largest MNO in Kenya, Airtel Money which has a larger subscriber base of about 3.16 million but moved only Sh 420 million in December 2011, less than half of Tangaza’s volumes. In fact, Tangaza has the lowest number of subscribers.

A key differentiator of the Tangaza offering is that they support cross-network transactions, something that the MNOs have been reluctant to embrace.

The thing with clean energy such as solar is that the technology is still quite expensive and would be out of reach for rural Africa. It is interesting, however that there are amazing innovations that will open up this low income segment. One case of a company’s that’s poised to create disruption is Egg-energy:

EGG energy a Tanzanian company that calls itself the “Netflix of batteries“. EGG aims at helping low-income consumers in Sub-Saharan Africa gain access to clean, affordable energy, using a unique strategy based around portable rechargeable batteries. Their business is based on the fact that 80% of the Tanzanian population live within five kilometers of a transmission line and less than 15% having access to electricity

According to their website, their model works as follows:

1. We take power from a grid or off-grid power station and package it into portable, rechargeable, and affordable batteries. Each battery is about the size of a brick and lasts about five nights in a typical household.

2. Each battery is rented to a customer in exchange for a subscription fee.

3. Customers can exchange their depleted battery for a fully charged one at any time, by paying a small swapping fee at a nearby EGG-energy charging depot.

One of the most evident opportunities for disruption in Africa is in the handset manufacturing industry. It has been predicted that Smartphones will become cheaper as more and more higher end features also appear on devices in the lower end of the spectrum.

Huawei made a killing in Kenya with it’s $100 IDEOS Smartphone, and already the prediction is that the cost will go down to close to $50. According to Vodacom CEO, Pieter Uys, in an interview with Memeburn:

We’ve now broken the US$100 barrier for a smartphone. In 18 months time that US$100 will be US$50… if not less. And then it keeps coming down — that’s what happened with ‘normal’ phones.