I had a wonderful opportunity to have a discussion with Eric Osiakwan an African tech luminary from Ghana and director of Ghana’s Cyber City initiative about startup financing in Africa, particularly in the technology sector. Eric has worked and ventured in 32 African countries where he has invested and worked with tech companies. As an angel investor, Eric has a particular preference for Telecommunications, Media and Technology (TMT) companies, which is his area of expertise and is an advisor to VC4Africa a matchmaking platform for African startups and investors. 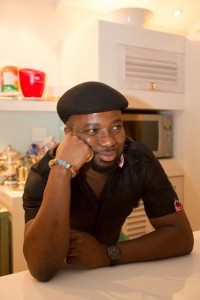 I must say, having this discussion with Eric was quite enlightening given his unorthodox approach to the issue of tech financing in Africa. I say unorthodox because in most cases, people approach the issue of funding from the perspective that, the reason for ‘scarcity’ of funding for tech startups, is the lack of bankable ideas to invest in. Mr. Osiakwan approaches the problem from the opposite end, to push forward and churn out higher quality startups and successes we need more money financing whatever is there.

“There’s no such thing as a bad or poor idea”, Mr. Osiakwan asserts, “Many ideas look like they’re not worth anything initially but in time find their place” Pointing to examples such as Facebook, Eric notes that in some cases something may not look like it would be a revenue earner, or may even look more like a ‘toy’ or a ‘cool app’ than something upon which someone can build a viable business, but it may simply be a matter of time. Facebook may just have been a hobby or an experiment at the outset, but look at it today, a publicly traded technology company. In the same vein, investors should not throw out ideas, just because they don’t look like they are capable of turning into real businesses. Whether an idea is good or bad can only be determined by the customer or more precisely, by the market. In fact here’s a great post on Quora about great successes that weren’t thought of as such great ideas at the beginning.

The ‘Holy Grail’ of Silicon Valley

Pointing to Silicon Valley, Mr. Osiakwan points out three keys to the success of a startup ecosystem, forming what he terms, the ‘Holy Grail’ for aspiring tech innovation/startup clusters:

First: Money. Money greases the wheels of innovation and creation so that they can move ever faster with less friction. Silicon Valley is flooded with money seeking the next big thing.

I countered by raising the fact that the Valley has a track record – investors know there’s something to look for, and are willing to make multiple, big, bets in search of that next big thing. Many areas in Africa, even the often hailed rising tech hubs – Kenya, Nigeria, Ghana and South Africa (An acronym… KiNGS maybe??) do not yet have a strong a track record. Maybe the onus is on the creators and entrepreneurs in those areas to create reason for investors to come knocking?

Eric’s point is that, though it might be challenging, we need to have courageous investors who will risk throwing money into African tech startups of reasonable quality and keep at it until they hit a home run, and the home run is sure to be a big win. If investors remain on the sidelines, things are likely to move at a snails pace or stall. Mr. Osiakwan thinks this is a clarion call particularly for angel investors who could be the heroes of the story of the rise of tech enterprise in Africa. Once we have those first big successes with some level of consistency, the tides will turn and money will flood into the system.

[Check out Erik Hersman’s ‘Broadening the Base of the Pyramid’]

Secondly, Mr. Osiakwan notes that the Valley distinguishes itself by being a concentration of talent and expertise. The caliber of engineers in the Valley, and their sheer numbers creates a unique situation for Silicon Valley. If the startup ecosystem is a machine then, while finance is the grease that lubricates the moving parts, then top talent is the actual moving parts that get the machine going, and high quality parts equal a high quality machine. This calls for high quality training for engineers – perhaps setting quality standards, such as the joint initiative by the Kenya ICT Board and Carneie Mellon University to set up a standard for software developers, can be one way of ensuring top quality talent.

Finally, Mr. Osiakwan notes a mindset that tolerates failure as a key strength of the Valley. Failing in many African cultures spells finality unlike the Valley where failure is just a marker along the journey that says ‘Key lessons (hopefully) learnt’

The ‘Holy Trinity’ of Startup Success

Mr. Osiakwan notes, “There are 3 things (a ‘holy trinity’) that every startup should pursue actively: the Idea and product cycle, Market traction and Revenue (monetization). A startup needs to have at least two out of the three to have a shot at making it.”

Alternatively, one can have a great product that is already bringing in revenues but not that great market traction. An investor looking at the company can see that there’s already money coming in from sales, and with the right investment one can figure out how to grow market share through whatever means – more advertising, seeking out new markets, etc.

For the African startup however, Mr. Osiakwan notes that it is imperative to have revenue at the earliest and then one or both of the others. With revenues, one can more likely attract the attention of investors. With revenues and a solid product, investors can see the opportunity to grow the market; with revenues and good enough market share, investors can see how their investment can go to improving the product which would position it even better for greater market share and more revenues.

For the African startup, revenues are pivotal!

[Here’s a great read on Funding African Startups on Tekedia]

Are you a startup or tech financier in Africa (Angel or VC)? What’s your take on tech startup financing in Africa. 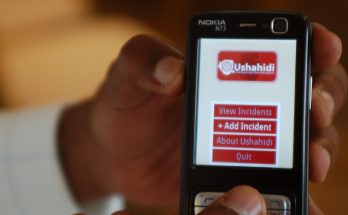