Mobile phone technology has revolutionized the African continent in so many ways. The mobile phone has been for many an African the first real (or at the very least, most sophisticated) computing device they have encountered that has connected them in a significant manner to other people across borders and across time, hence becoming a significant game changer in the dynamics of this continent – socially, economically and politically.

Back in 2007, Erik Hersman wrote an article on his blog on the phenomenal growth of mobile in Africa. At that time the mobile penetration rate stood at roughly 30% and about 280 million mobile subscribers on the continent, and projections indicated a steady increase in penetration and subscriber growth.

Even at that time, close to 5 years back, Africa had already established herself as the fastest growing mobile market in the world with Nigeria, South Africa and Egypt leading the pack. Fast forward to 2011 and Mobile Monday’s Mobile Africa Report and let’s see how the numbers stack up against the projections:

What’s more interesting is that according to the Mobile Africa Report 2011 from Mobile Monday, the number of people with access to mobile will surpass those with access to electricity at home:

By the year 2015, the mobile network will break the electricity barrier in more than four major regions. Sub-Saharan Africa will have more people with mobile network access than with access to electricity at home. The off -grid, on-Net population will reach 138 million by 2015

One of the key changes that the mobile phone has brought about is the fact that, mobile technology has enabled more and more Africans to come online. While most Africans do not have the luxury of owning a home computer or having access to a desktop computer, the vast majority have access to mobile phones. Mobile data has become a cash cow for mobile network operators across the continent and has also become a key competitive area for the operators. For example, very recently, in Kenya, the largest MNO, Safaricom made a move to slash internet tariffs by up to 150%.

Statistics in many countries show that the number of people who access the internet from their mobile phones far exceeds that of those who surf the net from computers. In Kenya, for example, over 90% of the people who access the internet do it from mobile phones. This trend became quite clear early on in the continent’s ‘mobile’ history. In 2009, the Guardian ran an article showing just how fast the mobile web was growing in Africa. Even then, Facebook was a premier destination for those browsing on the mobile web. Perhaps, the effect Facebook has had on drawing Africans and particularly the younger, ‘cheetah’, generation online is not given as much attention as it should.

One other factor that has greatly influenced the ability and even encouraged Africans to go online from their mobile phones is the Opera Mini browser. The experience of browsing the internet from standard mobile phone browsers can be rather disappointing and could put one off. And that is where Opera’s mobile browser made the difference, affording one a great way to surf the mobile web. Indeed, in Africa, on the mobile web, Opera is the cavalry.

“The mobile Web is critical in the region where mobile phone penetration is substantially higher than PC penetration. The widespread availability of mobile phones means the mobile Web can reach tens of millions more than the wired Web,” says Opera co-founder Jon von Tetzchner in the report.

According to the 2011 Mobile Africa Report, mobile data in Africa has gone from growth to boom:

Nigeria in particular has led the entire continent in the uptake of Opera Mini, recently dislodging the Ukraine as the 4th largest Opera Mini user.

All indications are that the growth trend will continue into the future across the continent, for example, official Kenyan industry statistics show that mobile internet subscribers will grow by approximately 843% for the 12 months to September 2011. And more and more Africans will find that they are exposed to a vastly connected world, influenced by more than the influencing factors in their immediate locality – how will this continue to shape the continent? – Socially, culturally, economically, politically…? 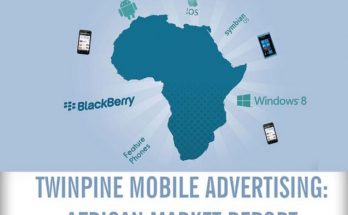 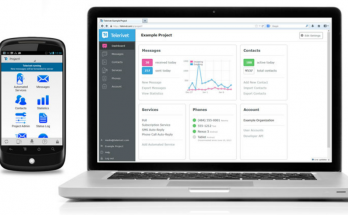 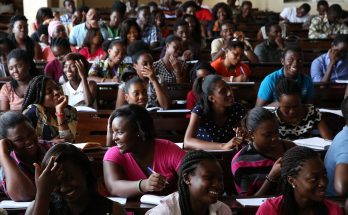