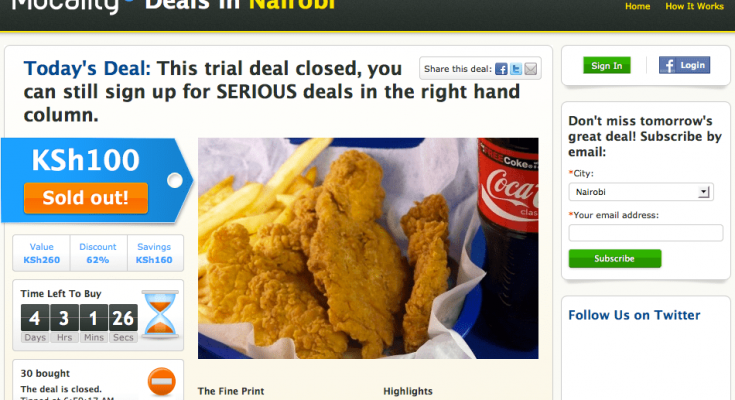 Kenya’s group buying space is about to witness the entrance of a new player as Mocality plans to launch a daily deals site soon. Mocality is Kenya’s largest online business directory boasting over 130,000 business listings on it’s website.

According to a post by Moses Kemibaro, the East Africa regional manager of Dealfish, another MIH Internet Africa / Naspers Group company:

Mocality, Kenya’s largest online and mobile business directory with over 130,000 businesses listed to-date is entering the online daily deals space by next week.

The most compelling aspect of Mocality expanding its offerings beyond its core online and mobile business directory listings is that it is able to leverage its reach in terms of businesses listed (all 130,000+ of them) as well as it’s over 10,000 active agents on the ground listing businesses nationwide.

The group buying space in Kenya is currently dominated by two websites: Rupu and Zetu. Mocality plans to leverage it’s extensive business listings to provide the deals. Their bet is that they can use their existing business relations to provide daily deals without having to go through great lengths and costs to find businesses willing to put deals on their websites, hence a competitive edge over Rupu and Zetu who probably have to spend a lot to get clients.

Moses also did a video interview with Joshua Mwaniki who is the Country Manager for Mocality in Kenya on the impending launch of Mocality Deals.

Looking at the bigger scheme of things though, the fate of group buying in general may be perhaps too closely tied to the success (or failure) of Groupon, the mother of all group buying sites. And probably Groupon’s greatest test yet will be in it’s IPO pursuit. Groupon has already made it’s foray into Africa, setting up it’s South Africa office.

One columnist writing for memeburn, however, is not entirely enthusiastic about group buying, and points out the weaknesses in the business model:

Simply put, the problem with group buying sites is the model.

For example, a good or service worth US$28 is sold on promotion. The daily deal/group buying site drives a hard bargain and wants a 40-60 percent discount on that price. This means the business ends up providing that good/service for, say, half price. The deal site wants its margin too — around 25 percent. This can be dressed up and labelled as almost anything. They’re putting buyers in touch with sellers. This means that for something with a normal retail price of US$30 will net the business just US$7.

A deeply discounted deal is not sustainable, not for the business providing the deal. When these willing businesses dry up, so too will the daily deal sites.

This doesn’t even take into account potential fraud or the payment issues. That’s on the business side of things…. 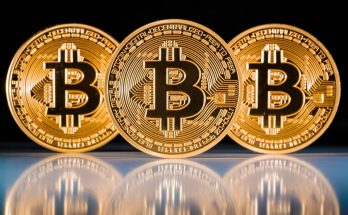