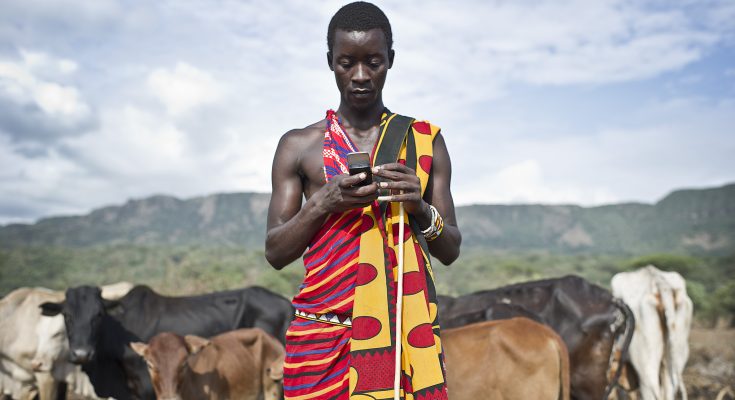 Afrinnovator: In a nutshell, what is Esoko?

Afrinnovator: Where did the idea originate?

Esoko:  The ‘aha’ moment came when the founder and CEO Mark Davies connected with the FoodNet project in Uganda, who were frustrated by not being able to collect and share market information quickly enough for it to actually be relevant to farmers. As mobile penetration rates were already nearing 60% in Africa at the time, the concept suddenly seemed so obvious: collect and share the information via SMS. Manage it online, make it incredibly sophisticated, but allow the majority of users to interact with the system with their mobiles alone. And as techies, build the technology so that organizations can lease it and not have to built it themselves, allowing them to focus on their strengths.

Prosper Biche uses Esoko to track price trends. ”Before Esoko we didn’t know the prices; we just sent our products when they are ready. Now I check prices and go to Accra when prices are good. I can get 10 times the price for the same 100 yams.”

Susogn Poatab tracks prices on his mobile using Esoko. He increased his sale  of 100 tubers from 110 cedis to 290 credits by selling to a different market, and now pays for 5 labourers on his farm

“Back in the day, I would mainly rely on information I got from friends. Sometimes I would take the gamble of taking a truck to some markets with a hope  that my produce would fetch good prices. This did not always work out well  for me. If prices weren’t good I would have to sell or go back with the truck – either way I would have huge losses.”  –  Mr. Samuel Mpondo

Afrinnovator: The company has expanded beyond Ghana to other African countries, how is that going? What are some unique challenges in the different environments?

Esoko: As always the challenges come less from the technology than from the deployment itself. We have so many different types of deployments across the continent: franchises, development projects, resellers, governments….they all face different challenges in terms of data collection, usage, training, and project sustainability. But actually each partner brings us new insights that we put together in our Partner Toolkit and subsequently share with other partners, and despite radically different environments and deployments, Sudan learns from Ghana, Burkina from Mozambique, etc. We also host a Partner Conference in Accra every year so that our partners get to know each other and learn from each other in person.

Afrinnovator: In most cases, tech companies in Africa are focusing on urban demographies as those are usually the centers of technology. Are there opportunities for tech in rural Africa?

Esoko: Yes, there are so many opportunities! Our business is really about information, and there is an enormous information deficit in rural Africa. And with mobile coverage and penetration rates rising, the opportunities rise as well. It’s a huge market that is hungry for tools, change, information…it’s a mistake to ignore it.

A November 2010 survey of 62 farmers in Northern Ghana who have been receiving price alerts for one year have all confirmed they benefit from this service, with an average improvement of 40% on reported deals. 68% said they would be willing to pay around $1.30 a month, with another 29% suggesting they would consider it, and only 3% saying no.

Afrinnovator: Mobile revolutionized Africa. What are 3 predictions/trends in the future of mobile in Africa that you see in the near future?

Esoko: We want Esoko be the #1 channel used to share and collect data across Africa. And we hope to export Ghanaian technology to other continents, maybe being as well known across the globe as other funny names like Google and Yahoo