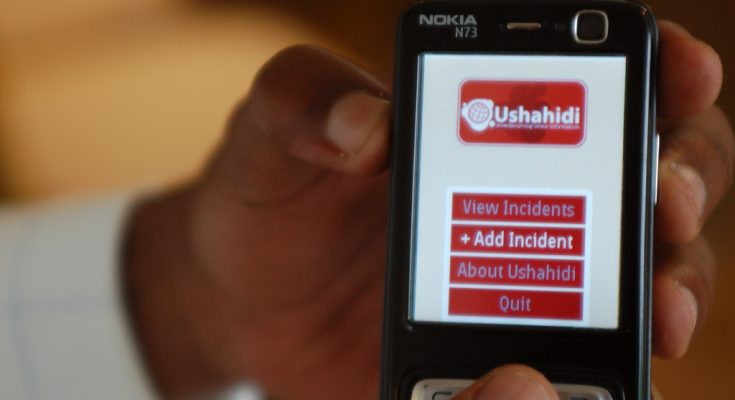 The Ushahidi crowdsourcing platform recently secured an additional $1.9 million round of funding from the Omidyar Network spanning 3 years.

Ushahidi has definitely grown from strength to strength since 2008 when it was created and first deployed, really as a hack creating a quick solution to an evident problem at the time. The solution happened to work well and picked up momentum, drawing the attention of many across the globe. Powered by a small community of local developers and volunteers in Kenya and it’s diaspora, the ‘hack’ took shape as a powerful tool for crowdsourcing information, particularly during crisis situations.

Beyond the Kenyan crisis, the technology was revised and improved, drawing more and more developers and more eyes to the interesting innovation. This included the Omidyar Network and others who poured in some fuel in the form of funding that allowed the founders of Ushahidi to focus and create, this time not spontaneously out of the urgency of creating a solution to a present pressing problem but intentionally, a solid platform that could scale not only technologically but also in terms of applicability. This has seen Ushahidi turn from just innovative application of existing technology (the original solution was basically a Google maps mashup) to really innovative technology such as the SwiftRiver initiative.

Of course, history bears witness to the difference made in the last few years. The technology has been developed and refined, and in the process, off-shoots such as SwiftRiver have sprung out of the main shoot. The original team has grown significantly with more dedicated staff and the community has also grown significantly. Ushahidi has drawn global attention and has earned a place next to MPESA as one of Kenya’s best technological ‘exports’. Ushahidi has also been deployed to varying use cases including election monitoring, crisis mapping and organising large scale efforts such as the Snowmaggedon. The technology has been employed by major corporations, particularly media houses such as the Washington Post and Al Jazeera as well as individuals particularly through Crowdmap, the ‘Ushahidi in the Cloud’ initiative. 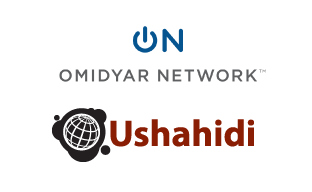 Great strides have been made, but as Juliana Rotich notes on announcing the new round of funding, Ushahidi has yet to find it’s feet as far as revenue generation is concerned. The organisation is still very much reliant on private foundation grant financing:

We’re now moving into the next phase of Ushahidi, where we’re exploring ways to diversify funding away from our historically private foundation grant funding, by increasing earned income revenue. This includes direct customer revenue through Crowdmap, B2B revenue through SwiftRiver SaaS offerings and continuing our value added services work on custom deployments of the Ushahidi core platform.

One of the cool things about Ushahidi verses it’s counterpart Kenyan success story, MPESA, is that it represents a very contrasting path of development from which innovators and techpreneurs can learn a lot from. Whereas MPESA was somewhat the child born with a silver spoon in it’s mouth, that is, it had a large organization providing an institutional framework and support – both technical and resource-wise (both monetary and human) – from it’s conception, launch and growth, Ushahidi’s story follows a different path.

Ushahidi was conceived from humble beginnings, really just an idea from a handful of individuals who were not even a formal organization of any sort, just friends and acquaintances who were themselves separated geographically. They did not have major financing or extra hands to develop the technology. Their budget probably was only a domain name and the hosting. And not only this but they did not have the luxury of time! Their country was being laid waste and they knew they could do something to help the situation. They certainly secured major funding later on but that was further down the line.

So, here are a few lessons we can pick up from the history of Ushahidi. (All of which I  am constantly learning personally through personal experience, sometimes painfully, both with Afrinnovator and African Pixel).

What is interestingly similar about both Ushahidi and MPESA is that they both solved an existing problem very well and that is still fundamentally the basis of their success (Read: “Necessity & Invention: Africa’s story of mobile conquest & why utility beats ‘coolness”). The lesson is simple, as Guy Kawasaki puts it, ‘Make Meaning’. If you set out to solve a real problem, really well, and do it, chances are that money will follow.

Don’t wait for funding: Build it and they will come

One of the most paralysing mentalities for the innovator is that “I need funding (VC or angel) to create my product/service”. And so the innovator either lies dormant, waiting to get some funding in order to build their product, while in the mean time they probably go only as far as pitching their ‘idea’ to potential investors but never really going all out, or they sell out too early. The moment someone proposes putting some money into their ‘idea’ they immediately take it, not realising they could have given up their stake in their company for something they could have accomplished without external funding at least at that stage.

Someone once advised, “Do what you can with what you have until you can absolutely not do anything else“, what they meant simply was, there’s always something you can do with the resources at your disposal without first thinking ‘I need funding’ and quite often you can actually do much more than what you think you can do with whatever resources you have at hand. If you can code, or design, or sell your product/service yourself, do it, you don’t have to wait for external funding so you can hire a programmer and a designer. Another way of saying this is, “start right where you are“.

Tied in to the previous lesson is progressive, predictable growth. Simply, don’t run before you can walk, and don’t walk before you can crawl. Sometimes for many an innovator/techpreneur, there’s this tendency to want to grow really fast. So if they have the financing they will literally go on a spending spree, hiring more staff than are necessary at that point in the life of the company, renting an unnecessarily large and expensive office when you don’t have to just yet.

On the other hand it may refer to wanting to build everything at once, in other words, wanting to have all the desirable features in your product at once at launch. This creates a situation where the innovator/techpreneur can either get stuck trying to put everything into their product before launch and sometimes it can be costly, such as if someone else with more resources beats you to the punch.

This is where versioning and creating a roadmap for your product can be of great help. First off, a roadmap allows you to build progressively as you also grow your company. So you can maybe build the initial product with just the skills you have, maybe as a programmer, perhaps this first version does not need really comprehensive security features which you don’t have the expertise in. So you release it, hopefully get some revenues from the initial offering. Then for the next version you can consider getting a specialised programmer for the security features that will be needed for that release, the good thing is, you are already in market and you’ve made some money that can support the new hire.

Secondly, it’s also great for consumers to see progress, especially if it’s predictable. They know there’s additional value to coming. The trick is just not to keep them waiting too long i.e. Release early, Release often. 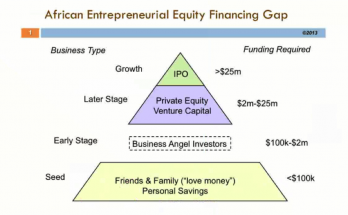