Jonathan Hoehler is Chief Technical Officer and Business Analyst at Starfish Mobile International based out of Johannesburg, South Africa. With over 8 years in the mobile telecoms space in Africa, heās been an evangelist frequently seen on the conference circuit speaking and presenting on the future of mobile on the continent. Follow him on Twitter and find more on his Slideshare.

If you are anyway involved in mobile, technology or gadgets you will know that the focus of the vast majority of reports, articles and statistical data is around the growth of the smartphone handset segment globally. Some estimates during the middle of 2011 estimated that around 472 million smartphones would be sold worldwide by the end of the year.

The table below from research firm Gartner estimated that in quarter 3-2011, there were 115,1 million smartphones sold globally.

That is a significant number; however smartphones only represent one portion of the entire handset/device ecosystem. Using Gartner information again, we can see that total handset sales across all phone segments is massive and that smartphones make up approximately 26% of all handset sales in the third quarter of 2011.

That means that 74% of the remaining handset sales are made up of entry level and feature devices.

So what about the humble feature phone?

Defining a feature or smartphone phone is a minefield because the definitions change so rapidly due to the improvements in technology and cost efficiencies in manufacturing. I maintain that if you put 5 mobile executives into a room and ask them to define what a smartphone is you would get 5 different answers and opinions. So for purposes of this article, I would like to classify a feature phone as a device that supports WAP (GPRS/Edge) connectivity, has a colour screen, can send an MMS message, has low-resolution camera and lastly supports J2ME native applications.

The feature phone segment dominates mobile connected devices globally. There are numerous reasons for this,

Globally the segment is dominated by Nokia Series 40 handsets (S40). Nokia estimated that nearly half of its 1.5 billion S40 handset shipments are in active use today, with 675 million active owners of S40 phones in the world.

This is a significant part of the market and it should not be discounted at all when looking at mobile services.

Below is a graphic from a mobile research firm called Vision Mobile which illustrates the size of the feature phone market in comparison to smartphones globally (collectively called the āconnected deviceā market). Smartphones make up 27% of the graph below, leaving 73% that are feature phone devices.

Nokia is the dominant OEM (original equipment manufacturer) of mobile handsets in Africa. One estimate has positioned Nokia with a 65% market share across all Africa. The vast majority of the devices supplied by Nokia can be classified in my view into the following:

InMobi is a mobile advertising platform serving mobile WAP banners across Africa. In Q3-2011 InMobi served over 15 Billion WAP banners to connected devices across the continent. This is a snap shot from InMobi Research, please take note of the Nokia information provided in the snapshot. 61.1% of available impressions where made from Nokia Devices on the InMobi Network.

Incidentally the one iPhone was from Ethiopia.

What does this mean for Africa?

There is a huge installed base of feature phone devices across Africa which is made up largely of Nokia devices. There are many reasons for this market share including but not limited to the quality of the devices and superior battery life (an important consideration due to intermittent power supplies across Africa)

Smartphones are coming into Africa thick and fast with other OEM’s like Samsung and Huawei leading the charge with cost competitive Android based smartphone devices. However it takes time for these devices to find their way into the hands of subscribers. As is evident from the data, most of the handsets that subscribers currently use are feature phones and the status quo will remain as such for the next 2-3 years.

Any organization looking to provide mobile services in Africa needs to factor this into their plans especially when it comes to the ever-interesting debate between mobile web versus mobile app (a discussion for another time).

In South Africa, for example, probably the two most common feature phones in the market currently are the Nokia 5130 XpressMusic and the Samsung E250. It should be noted, if you are developing mobile web or even mobile applications for the mass South African mobile market and not designing for the E250, you are doing it wrong.

I would like to point out that mobile applications that have J2ME (Java) versions will still have the biggest potential audience reach in Africa. Any developer will tell you that developing for java is a nightmare and rightfully so BUT if you would like to see attract the biggest possible audience in Africa, that is the starting point for any developer.

Donāt forget about the humble feature phone, they make up a large part of the handset universe and are not going anywhere anytime soon.

Is this true, is there more to the feature phone than meets the eye or are we approaching the age of the smartphone from here on out. Sound off below in the comments. 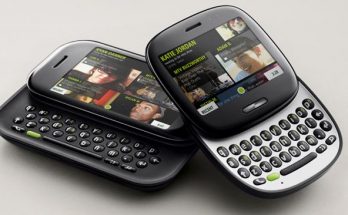