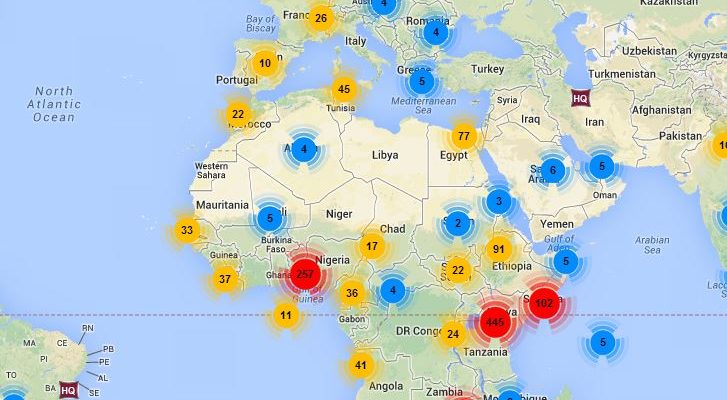 In talking about the efforts to promote technology and innovation in Africa, we tend to focus a lot of attention on private initiatives such as innovation hubs and the like. It is clear, however, that without a supportive, forward thinking government, it would be very difficult to move things forward.

Ultimately a generally stable government creating the right environment for business and investment is critical for tech, innovation and startups to take off. More specifically though, it is imperative that governments also understand the specific opportunities that are there in the area of ICT, and not just the opportunities but also the challenges that exist because at times governments are best placed to provide the best solutions to some challenges such as by enacting enabling legislation.

Thankfully, governments in places such as Kenya, South Africa, Nigeria, and other countries on the continent have not been ignorant of this. This is evidenced in some initiatives such as setting up organisations specific to the growth of the local ICT sector e.g. the ICT Board of Kenya, government investment in local tech startups, investment in infrastructure and bringing up tech parks that aim at drawing in investment from outside.

Nigeria’s ICT minister, Omobola Johnson, recently had a chat with ABN Digital about the Nigerian ICT sector and what the ICT ministry is doing to promote the sector. What’s interesting is that, while she was speaking about the local, Nigerian, situation, many of her observations – challenges, opportunities… – are very similar to other areas on the continent. Let’s take a look at some of these:

Ms. Johnson identifies the fact that many companies in Nigeria will opt for foreign built enterprise software whearas the country has skilled IT people who have created solutions that work.  This is a common problem on the continent. Somehow, enterprises generally do not trust locally built solutions vs. foreign built software which tends to be more expensive and at times even requires importing relevantly skilled personnel to handle the software.

This creates a situation where not only are local developers not getting appropriate support to build and maintain their software but also where they’re being overlooked as far as labor is concerned to install, run and maintain the software. (Read: Mending Africa’s Tech Skills Gap & Tapping into it’s Youthful Population to Power Innovation in Tech & the African Renaissance)

This is a classic challenge across many African countries. The number of Angel investors is growing but still there is a gap as far as securing seed funding is concerned. Mbwana Alliy recently wrote an article looking at the issue of raising seed capital for your tech startup in Africa. As he noted, the dynamics of raising funding on the African continent is are very different from what is the norm in other areas of the world. It would appear to be quite easy to create a startup and at a very early stage, get massive amounts of funding in places like Silicon Valley. In Africa, things are quite different. Ms. Johnson notes that to move local software development enterprise forward, the traditional, collateral-based funding options are not going to work.

…let’s face it folks, raising seed funding is hard enough for normal start-ups- I would say its at least twice as hard in Africa- even though Africa is uniquely positioned and there is rising curiosity and recognition of real growth investment opportunities outside of BRIC countries… Mbwana

Some governments have stepped forward to provide an alternative for funding through grants such as the Kenya ICT Board Local Content Grant.

Another issue that Ms. Johnson notes as a major challenge to the young Nigerian software developer is the risk of losing their innovation to a much larger entity where some other entity that has the muscle basically takes ones idea and runs with it. She notes the need for appropriate IP to protect local innovators.

The issue of Intellectual Property however is one that at times needs to be approached with caution – too much of it or applied in an inappropriate manner and we could end up stifling innovation instead of fostering it.

As far as the issue of local enterprises using locally built software, sometimes the enterprise defends it’s position as far as importing technology and skills by noting a lack of quality in local software. Ms. Johnson suggests creating a standardisation mechanism that upholds standards as far as software development is concerned – quality standards for the software itself, documentation etc.

The Kenya ICT Board launched today, Tuesday, February 7, 2012 introduced a certification program that will offer credential examination for software developers in Kenya. The Certification program dubbed ‘Chipuka’ which stands for “To Emerge” is being designed in partnership with Carnegie Mellon University. The certification will help employers to easily identify software developers that have the skills necessary to carry out IT jobs to a professional and world class standard.

This particular initiative in Kenya, was also created to address the current IT skills gap in the country:

A study carried out in 2011 by the Kenya ICT Board and IDC, revealed that there is currently a software skills gap in Kenya. Although there is a high demand for software development in Kenya, few companies source these skills locally. At least a quarter of companies surveyed said they were not satisfied with the quality of IT professionals in the local market. As a result, nearly a third, plan to contract external providers.

The survey predicts that the demand for software developers will grow by 135% between 2011 and 2013.

Incubation and innovation centers create spaces to consolidate entrepreneurial activity, foster innovation and impart other relevant skills to enable innovators turn innovations into products and a business. Private initiatives particularly as far as innovation hubs go are thriving across the continent. The government can step in and give even more thrust to these initiatives, of particular help would be more incubation centers in public universities. Places where university students can take the skills they are learning and apply them to innovative enterprise.

The fact is that to develop the local IT industry, enterprise support is necessary. Enterprises can create great demand for relevant skills and products. As Ms. Johnson notes “We may not be able to build the big enterprise software overnight… but there are elements of integration… ” and these are areas where local tech entrepreneurs can come in to create value and grow local IT industries.